The Importance of Social Interaction for Seniors 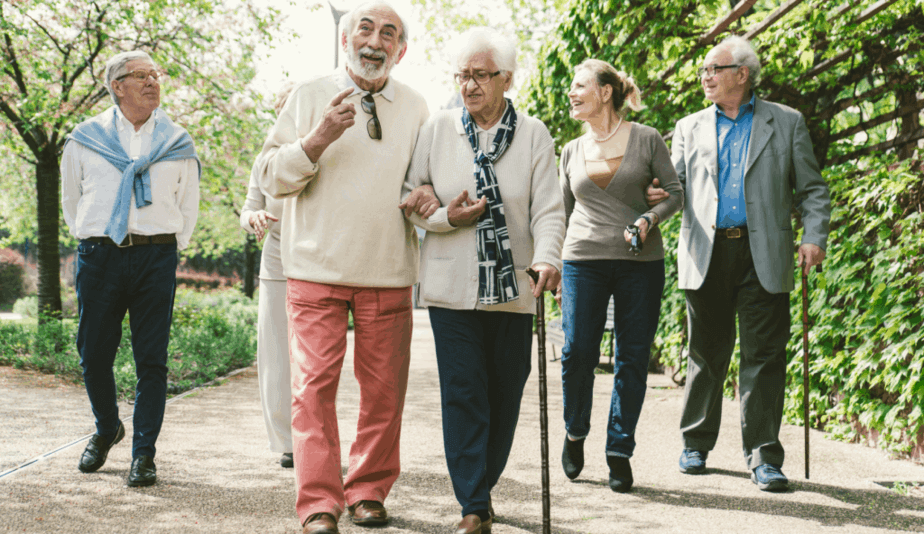 The importance of social interaction, for older adults especially, is massive.

But before diving into the benefits of social interaction for seniors, let’s quickly look at a few detrimental outcomes that result from not being social.

Look at these terrible consequences that can result from being socially isolated: 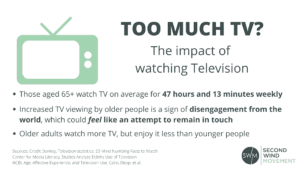 This list can of course go on and on, where lack of social interaction for seniors can lead to health-related ailments – like high blood pressure, or worse, a greater risk of death.

According to the National Institute on Aging:

“Positive indicators of social well-being may be associated with lower levels of interleukin-6 in otherwise healthy people. Interleukin-6 is an inflammatory factor implicated in age-related disorders such as Alzheimer’s disease, osteoporosis, rheumatoid arthritis, cardiovascular disease, and some forms of cancer.”

Let’s step away from the scare tactics and focus on the benefits of social interaction for seniors. Here’s why it’s important for us to be socially engaged and to focus on the concept of community (from the 5 Rings of Retirement), as you age:

According to the Economic and Social Research Council (ESRC), social isolation is a key trigger for mental illness. On the contrary, you’re more likely to have better mental health if you have supportive relationships with friends, family and even neighbors.

Check out these key findings from the ESRC:

There are so many physical benefits to your health that come with being socially engaged. To name a few:

“clustering of patients in social networks around hypertension education has a positive impact on the management of hypertension in minority populations and may help address cardiovascular health disparities.”

Also, we learned that heart health = brain health, and can help ward off forms of dementia. I listed out two major tips related to cardiovascular health and Alzheimer’s prevention.

We tend to have higher levels of cognitive function with increased social interaction.

A 2007 study conducted in California by Valerie C. Crooks and colleagues, followed 2,249 women and found that “older women who maintained large social networks reduced their risk of dementia and delayed or prevented cognitive impairment.”

The researchers also found that the size of the social network matters. Of these 2,249 Californian women, those with larger social networks were 26% less likely to develop dementia compared to the participants with smaller social circles.

In another study by Bryan James and colleagues out of the Rush Alzheimer’s Disease Center in Chicago, 1,138 seniors with dementia were measured for social activity levels and cognitive functioning over a 12-year period.

Here’s what James and his research team found out:

Simply by being around others, you’ll be more likely to live safely. Not only can someone help you if you have a bad fall, but you can also lean on your community and circle of influence for a plethora of other non-ideal situations that may arise.

Also, your living facility and home neighborhood matter when it comes to safety and social engagement. The more social you are with your neighbors and the people that live around your home, the safer you’ll feel, and, in turn, the more likely you’ll go on walks and get your exercise in.

There was a Neighborhood Perceptions study conducted in Detroit to find out how seniors perceive their neighborhoods as it relates to social engagement. By asking participants to rank questions related to safety and accessibility, they found that among the highest concern were the two topics:

The study found that there was the highest correlation between community engagement and neighborhood perception.

Your community, whether paid assistance, family members or friends, can help you with your personal care. There are people that assist with mobility, errands and doctor’s appointments.

As we age our mobility decreases and our independence can decline, which means we need other people to rely on. This becomes increasingly more difficult if we disengage and withdraw away from social interaction.

This applies to all ages, but especially to seniors who struggle with a larger tech hurdle. We can learn shortcuts and easy how-to lessons from other people within our social circles. When it comes to technology, simply having people around you to show you the way can make such a big difference.

Ask someone to walk you through the steps for an online video call – Skype, Facetime, Zoom or Google Hangouts… if you learn it once and practice a few times, the idea of an online video chat can seem way less daunting.

Not only that, but if you continue to practice it regularly, you’ll become that much more versed and comfortable with the interface and you’ll be engaging in more social interaction.

And that’s just one tech example. No matter where you are on the learning curve, there’s someone who can demonstrate how to handle a practical tech tip.

Whether it’s as basic as learning how to text, email, shop online, and video chat or as advanced as designing your own blog, launching your online business or learning how to program, these are all tools that can help you stay more connected.

Even the very act of learning how to keep up with technology can be a socially engaging activity.

Social interaction benefit #7. Improves your sense of purpose and belonging

Depending on how we prioritize our inner circle of influence, our sense of purpose and belonging can be greatly impacted by daily our social interaction. I like to remind people that their circle of influence can mean everything when it comes to living life aligned with your core values. 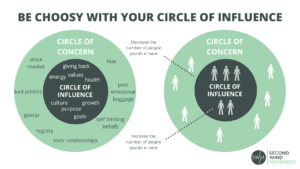 By surrounding yourself with people that align with your way of life, your goals, your intentional blueprint, you’ll not only be more likely to achieve the lifestyle you want, but you’ll also benefit from a tremendous sense of belonging and purpose.

Naturally falling in line with your ideal lifestyle, giving back and associating with the right community that matches your uniqueness will provide you with a sense of purpose.

Growth and learning are two things that greatly contribute to your brain health and your sense of fulfillment… and they can also contribute to your level of social interaction. Take the opportunity to grow and learn within a community, a group or class setting, or with a friend.

Even if it’s learning how to embrace technology, talk to others about how to use it socially.

Per the circle of influence point above, if you align your growth and lifelong learning with the right people, you’ll reap that much more of the benefit.

Pro Tip: Don’t just learn for the sake of learning. It’s important to start with some major self-reflection. And dig deep to find clarity on what matters the most to you. This is the key to sticking with something and turning those interests and hobbies into activities that fulfill you.

This one also falls in line with the circle of influence concept. When we’re surrounded by others with healthy habits, we’re more likely to practice those same healthy habits. Of course, the opposite can happen if we choose to be around people who don’t prioritize healthy behavior or if we’re alone.

The power of association is so strong.

If we’re around people who encourage wellness activities, regular check-ups and testing, we’re of course more likely to practice the same level of adherence. This is why it’s super important to associate with people who have lifestyles and behaviors that we admire and want to align with our own.

Stay socially engaged during retired life to be healthy, active and fulfilled

As we age, we become more at risk for loneliness. It becomes easier for social interaction to fall by the wayside.

Some hard truths about retired life, when it comes to being socially active, are:

It’s no wonder so many older adults feel isolated, especially as they age into “senior” years. In the UC San Francisco study, out of 1,604 senior participants, 43% reported “they often felt left out or isolated or lacked companionship.”

In the study, researchers had the opportunity to dig deeper and followed up with participants six years later.

What did they find?

More than half of the “lonely seniors” had trouble with fundamental housekeeping and personal care tasks, and had a 45% greater risk of dying earlier than those who felt connected and kept up social interactions.

Out of the four trends listed above, only one (sadly, the one tied to a grieving process – friends passing) is out of our control…

You can take social interaction into your own hands. You have the choice to take ownership over these three points:

Make an effort to meet new friends and reconnect with old ones. Leverage social interaction as a senior. 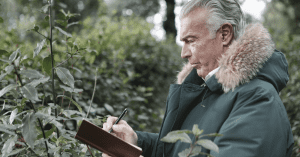 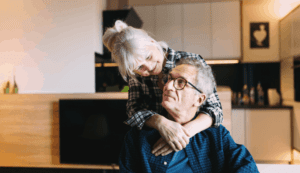 3 Home Modifications to Consider for “Aging in Place” 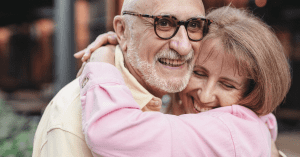 The Essential Dating Rules for Over 50