7 Myths About Aging That Could Be Hurting Your Potential 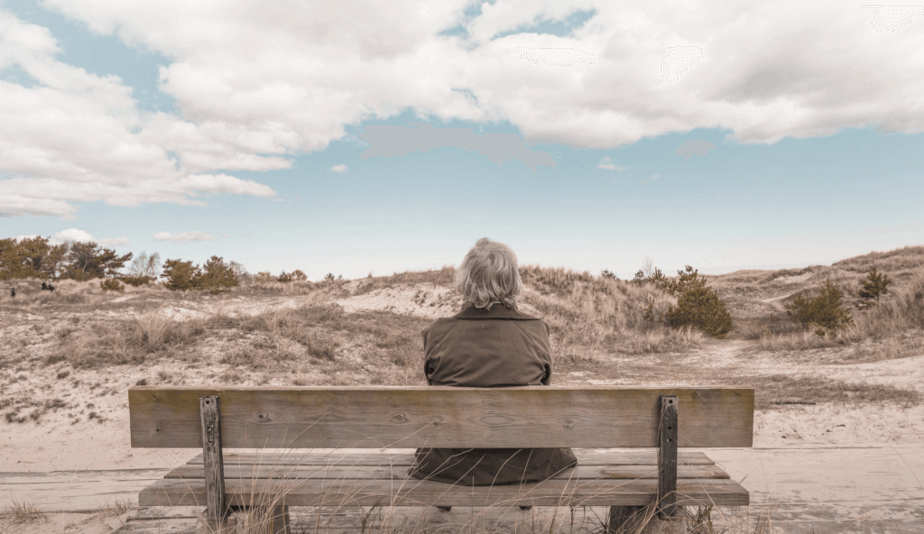 Are you fearing the aging process? No wonder with all the myths about aging, especially in our culture with so much ageism happening.

That’s why I’ve put together these top seven myths about aging… to debunk and demystify the fear around some of the common misconceptions that our society may scare us with.

The good news is you have the option of taking your aging self seriously and you can take preventative measures now.

You don’t have to fall victim to the many myths about aging and you can take the aging process into your own hands one micro-step at a time. But first, here are the top seven myths about aging to get your juices flowing:

#1: Your retirement years are about doing nothing and living a life of leisure

We’ve been conditioned in our culture to think… once I hit retirement age, it’s all about easy peasy relaxation and leisure.

Sure, leisure can mean different things to different people… in this context, I’m referring to leisure as not being active and not challenging yourself to learn and grow.

Whether you’re financially prepared or not, with life expectancy increasing, it’s hard to believe that you can spend most of your retirement days just living a life of leisure for an average of 30+ years.

More importantly, it can be bad for your health. In fact, it’s likely one of the most harmful myths about aging.

Can you imagine what would happen to your brain and body if you spent your final decades just watching TV and not challenging yourself to grow and learn from new and exciting experiences?

Check out how seniors are currently using the tube:

Traditionally, we’ve looked at longevity as three clean life stages in a linear format. As life expectancy increases and as our culture shifts, the modern way of looking at “retirement” years is more cyclical and intermingled between stages.

Here’s Dr. Ken Dychtwald’s version of looking at longevity, where three clean stages are no longer:

Dr. Ken Dychtwald’s organization Age Wave conducted a study with Merrill Lynch that found that seniors are craving adventure and active lifestyles. Their survey showed that 72% of pre-retirees would like to keep working in retirement and saw retirement as a way to transition into another type of work.

There was also a study conducted in 2016 out of Oregon State University that claims continued work supports healthy aging. Researchers found that seniors who worked even one year beyond retirement age had a significantly lower mortality rate and that people can benefit from remaining active and engaged.

Other studies show us that lifelong learning is also good for your health. David Cutler and Adriana Lleras-Muney conducted a study and found that the more educated report having lower morbidity from the most common acute and chronic diseases.

Myth Debunked: There’s evidence that shows seniors are craving more than a cut-and-dry life of leisure during their retirement years. And there’s science that tells us being active and social and growing and learning improve your health and longevity.

#2: Depression, loneliness and dementia are part of the normal aging process

Sure, it can be more challenging to meet new people as you age, since you’re likely not engaging with your coworkers on a daily basis anymore, and you’re likely less inclined to be socially active.

Not to mention these other stats that are on the rise:

Myth Debunked: These scary stats are not part of the normal aging process and can be either prevented or symptoms can be curbed.

This is what the normal aging process looks like:

Loneliness and depression are not on the list. And although “memory loss and decrease in mental endurance” is on the list this does not mean forms of dementia. There’s a complete difference between:

“I misplaced my keys…”

“Why are my keys in the fridge?”

There are proactive steps you can take to hack away at things in your control. Developing healthy habits can help you avoid being one of the stats on the rise, like making lifestyle improvements and staying socially active.

You can also keep your brain engaged and create new neural pathways until the day you die according to the Hebbian theory.

According to the US Bureau of Labor and Statistics, 24% of seniors volunteer.

The study I mentioned above in Myth #1 conducted by Age Wave and Merrill Lynch, also revealed that:

Myth Debunked: As people age, there are trending behaviors that show seniors give back and contribute their skill sets, talents, time and effort to either the workforce or a cause that they believe in. This in and of itself means that being productive, competent and adaptable to change can be a key part of aging.

Plus, because I get to help and witness older adults (like these inspiring success stories) every day become more productive, more competent, and more adaptable to change, this myth has got to be flipped on its head.

When you join a new organization, whether to volunteer or work, adapting to a new environment or system means stretching yourself to grow and contribute, and you do this through your competence.

The fact that so many seniors are embracing the workforce and volunteer opportunities shows that this is just one of the widespread myths about aging. There are plenty of people who are productive, competent and adaptable to change as they age.

There are so many amazing people who hit their adventurous and creative prime during their senior years. You likely know of some exemplary seniors in your personal life who are just crushing it as they age, even if you’re not super close to them.

I can think of two ladies off the top of my head who are particularly impressive:

And even if you don’t know of anyone personally, there are numerous famous people out there to serve as amazing inspiration for all of us. Check out these guys:

And of course, these are just three of the more famous impressive seniors. Just check out our Late Bloomers video episode to learn about more inspiring older adults who blazed their trails.

Myth Debunked: Aging can make you more adventurous and more creative if you work on living up to your potential. With the right mindset, tools and willingness to try, there are so many habitual changes you can make on a daily basis that can fuel your creative fire and your sense of adventure.

#5: You don’t need to learn new things as you age

Just as our hair and nails are designed to continue to grow, our brains are also designed to grow.

Not only that… your brain, like any other muscle in our bodies, follows the “use it or lose it” concept, where it starts to deteriorate over time if you allow yourself to neglect it.

You could even say our souls and spirits are designed to grow. Whatever it is you believe in, this myth is simply not true if you want to strengthen and maintain your cognitive functioning as you age.

Myth Debunked: You need to learn new things as you age, to maintain your neuroplasticity as well as your sense of fulfillment.

There was also a 15-year Nun Study conducted at the University of Kentucky that studied over 650 Catholic sisters, aged 75 to 107, who were members of the Notre Dame congregation. After having lived a life with very similar lifestyle factors, they each had annual cognitive, physical and functional evaluations in their later years throughout the study.

The interesting finding was that those who were more inclined to learn throughout their life had much lower rates of Alzheimer’s as they aged.

The nuns had written autobiographical essays in their 20s when taking her vows, which researchers analyzed to find that the sisters who wrote about more complex ideas and learnings were the ones who had much lower rates of Alzheimer’s.

Myth Debunked: Simply doing memory training doesn’t cut it when it comes to maintaining your cognitive functioning in the long term. There’s so much more to building up your neuroplasticity than simply mind games and puzzles.

You can build new neural pathways until the day you die, which means learning new things and creating new experiences and new memories will be key for the long haul.

Kara Blacker, a researcher at The Henry M. Jackson Foundation for the Advancement of Military Medicine in Maryland also conducted memory research at Johns Hopkins University and the Kennedy Krieger Institute in Baltimore.

She found that when it comes to brain training, high-level thinking is crucial (NPR).

Kara and her team compared two of the most common training methods scientists use to improve memory and found that one method was twice as effective as the other and also changed brain activity in the part of the brain that involves high-level thinking.


#7: The way you age is dependent on your genes

The World Health Organization states 25% of your longevity is dependent on genetics, which means the other 75% is dependent on external and environmental factors in your control.

Myth Debunked: You have the opportunity to impact the way you age by focusing on your environment, your lifestyle and your behavior.

There are incremental, micro-steps that you can take in your daily life to reach your goals of successful aging. The key is to break up your bigger goals into smaller goals and to use specific tools and a personalized roadmap that can help you reach your ideal outcome.

Interested in reaching your ideal outcome, overcoming myths about aging, and aging successfully?

Join this free workshop on how to live a more fulfilling and purposeful retirement lifestyle that you love. 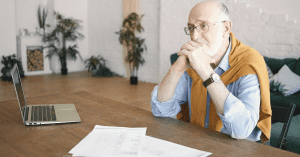 How to Overcome Retirement Anxiety: 7 Tips for a Stress-Free Future 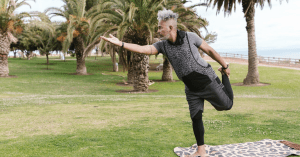 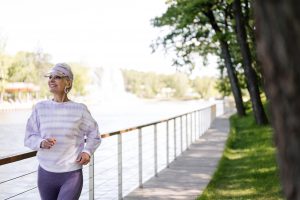 How Fit Should You Be at 60? – 5 Key Fitness Tests for Older Adults