How Does Music Affect Memory (and How Should You Use It)? 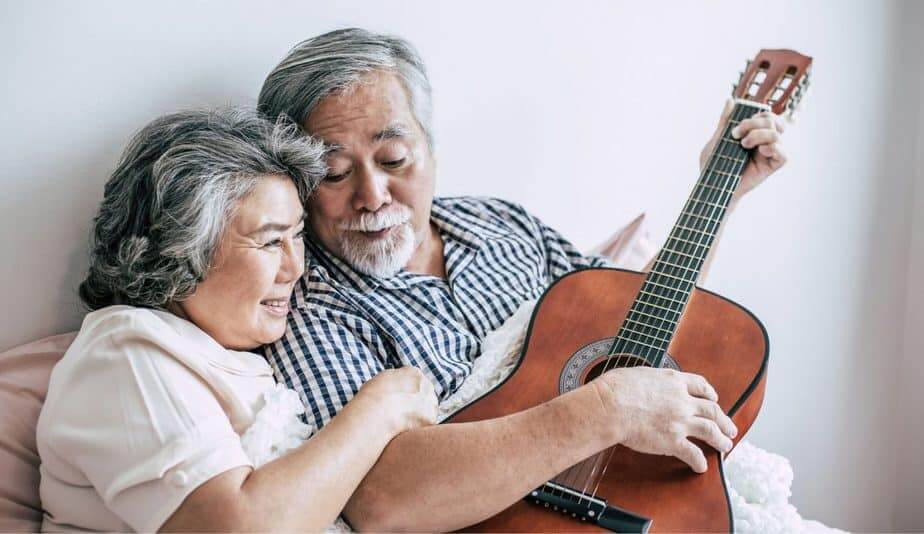 “Music can change the world.”

If you’re a fan of Bob Marley, his thoughts are:

“One good thing about music, when it hits you, you feel no pain.”

Whether you believe music can heal the world or wipe out your aches, there’s one clear thing about music: It can have a wildly positive impact on your memory, especially when it comes to protecting against cognitive decline.

Not to mention, music also comes with a slew of other health benefits.

While everyone has a different taste for music with genre preferences that come as varied as our food preferences, here are five ways that music universally affects your memory.

#1. Music improves your memory by stimulating your mind

Music provides a way to exercise your brain. And numerous studies about music and memory tell us the two are closely tied together.

According to a John Hopkins otolaryngologist:

“There are few things that stimulate the brain the way music does. If you want to keep your brain engaged throughout the aging process, listening to or playing music is a great tool. It provides a total brain workout.”

Better yet, play an instrument.

It’s like a full-body workout for your brain, covering auditory, visual and motor functioning. Which largely contributes to building your neuroplasticity and providing you with long-term positive effects.

What’s more, research out of Northwestern University found that musical training offsets some of the effects of aging.

More specifically, two of the effects of aging – memory and your ability to hear speech in noise – are impacted (and we all know how notorious hearing loss is).

On top of that, a study from the University of Kansas analyzed 70 healthy people, aged 60 to 83, in varying musical experience.

What did the research reveal?

The folks with high musical activity throughout their life preserved cognitive functioning in advanced aging, which was learned from a handful of tests, including the Wechsler Memory Scale (WMS VR-II), Trails A and B (measuring cognitive flexibility) and Boston Naming Test (BNT).

Even if you don’t engage with music as a musician, simply listening to it comes with its share of memory benefits.

This is important because you can use it to recall certain times from your past and create deeper memories in your present daily life, both of which will help your cognition in the future.

If you’re skeptical, there’s science to back it up.

A study by Baird and Sampson found that music is an effective stimulus for eliciting autobiographical memories.

What’s more, Petr Janata’s study out of UC Davis revealed that there’s an increased level of mental activity in Alzheimer’s patients when listening to music, which explains why patients enduring increased memory loss can still remember songs from way back in their past.

And here’s one more: another study by Vinoo Alluri and colleagues found that your brain responds to music across widespread regions in your brain, including auditory, motor and limbic regions.

More specifically, the regions relevant for self-referential appraisal and aesthetic judgments can be successfully predicted.

All this to say: your past emotions are recalled when you listen to autobiographical music.

You can see this in action in one of the most moving clips from the documentary Alive Inside, which demonstrates the transformative power of music in dementia patients (like Henry) simply by listening to autobiographical tunes.

“Music evokes emotion, and emotion can bring with it memory… It brings back the feeling of life when nothing else can.”

How can you benefit from this?

Incorporate emotionally touching and autobiographical music into your daily life and make a playlist to share with your loved ones, so you can create deeper memories and have a better chance of recalling them in the future.

A 2015 study out of Italy found a link between listening to emotionally charged music and enhanced memory. The researchers studied 54 non-musicians who listened to joyful or emotionally touching music, rain sounds or silence while studying hundreds of faces.

The people who listened to emotionally touching music experienced deeper memory encoding, followed by those who did the exercise in silence.

That’s not to say, you should carry around a playlist any time you meet someone new or want to recognize a face.

But it is worth noting that a certain kind of music (aka emotionally touching music) activates a part of your brain related to deeper memory and emotions.

And if your cognition becomes impaired later on in life, this tactic could be useful for recognizing the faces of your support system.

Not to mention, it could be useful for memorizing or studying something visual, which brings us to our next topic of using music while learning.

A fourth way music affects your memory is it helps you learn.

(And lifelong learning is a hugely important factor for keeping your growth experiences and neuroplasticity strong and vibrant.)

How does music help you learn?

For one, it trains your brain to process more precise sounds, which helps you learn new auditory-based skills.

In fact, a study conducted by Nina Kraus of the Auditory Neuroscience Lab at Northwestern University found that music helps kids learn language and speech skills.

What’s more, learning to play an instrument strengthens your brain’s ability to pick up on speech nuances. In other words, music improves your ear for learning speech. The pitch, timing and timbre of music train your brain to narrow on auditory details.

So, if you’re interested in the benefits of lifelong learning and picking up a new language (tip #9 in 19 Tips for an Amazing Life After Retirement), consider learning to play an instrument, too.

If learning an auditory-based skill isn’t your speed, no worries. Simply listening to music while you study helps you learn practically anything.

Does the kind of music you listen to while learning matter?

According to renowned Bulgarian psychologist, Dr. Georgi Lozanov, the type of music you listen to while studying impacts your learning and memorizing ability.

His musical genre of choice: classical.

Baroque music with a rate of 50-70 beats per minute, to be exact.

It’s so effective that Dr. Lozanov created a widely adopted teaching method in the 70s, dubbed “Suggestopedia,” designed to accelerate learning while listening to soothing background music (of said genre).

If classical music isn’t your thing, listen to recorded nature sounds or background music that’s soothing and relaxing while you learn.

It’ll still improve your focus and endurance during your study session. The trick is to steer clear of music with lyrics that could compete with your concentration.

And if you’re wondering how music affects the memory of people who are already experiencing cognitive decline, read on. It provides benefits there, too.

#5. Music is used as therapy for dementia and Alzheimer’s patients

Finally, for people who suffer from cognitive decline, music therapy is a solution for a sound (pun intended) reason.

Music is the last part of your brain that Alzheimer’s touches. In one study, leading author, Linda Maguire, states:

“Musical aptitude and music appreciation are two of the last remaining abilities in patients with Alzheimer’s Disease.”

For one, simply listening to upbeat music helps improve your mood. According to one study, it takes just two weeks to boost your mood and happiness.

The catch is, you’ll want to steer clear of sad music. Research from the UK and Finland found that, while sad music provides feelings of comfort and pleasure, it can cause negative feelings with a deeps sense of grief (and we all know how difficult the grieving process is).

And for patients trying to preventing cognitive decline, memory loss comes with a heavy load of moodiness, including stress, depression and anxiety.

So much so that stress is critically involved in the progression of Alzheimer’s disease, where the relationship between stress and Alzheimer’s is characterized by a vicious cycle.

So, music therapy, in the simplest form of listening to music, can do wonders for Alzheimer’s patients by:

Not to mention, when dementia and Alzheimer’s patients lose verbal abilities, music can act as a form of communication between the patient and loved ones.

And if you take it a step further and sing as a form of music therapy, it improves both your mood and memory.

In fact, Dr. Teppo Särkämö at the University of Helsinki in Finland conducted a study that revealed a 10-week music coaching intervention helped dementia patients improve their working memory and executive function and orientation, while alleviating depression.

What does this mean if you don’t have dementia or Alzheimer’s?

Firstly, Alzheimer’s touches in one in three of us at the end of our life, so it’s likely that you or someone you know will benefit from the effect of music on your memory.

Plus, Alzheimer’s is a disease that sadly hacks away at your brain for 10 to 20 years (and your brain changes a staggering 30 years) before you even experience any symptoms, which makes the proactive effort worthwhile.

Bottom line: Whether you’re experiencing cognitive decline or not, music is a proactive way to save your memory.

How do you leverage the power of music to boost your memory?

The key takeaway to all this is two-pronged:

In terms of the present moment, make it a point to incorporate upbeat music into your daily life regularly. The benefits of music will improve your overall health in retirement.

As far as taking care of the future you, literally make a playlist of songs from your life that evoke positive memories. If you’re wondering where to start, collect tracks from when you were 15 to 25 years old, which can prove to trigger the most music-evoked autobiographical memories (MEAMs).

On that note, happy listening (and playing if you can).

P.S. Here are  7 other ways to improve your memory

5 Things to Consider When Choosing an Assisted Living Facility 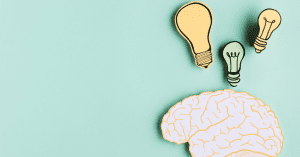 Your Guide to The Aging Brain