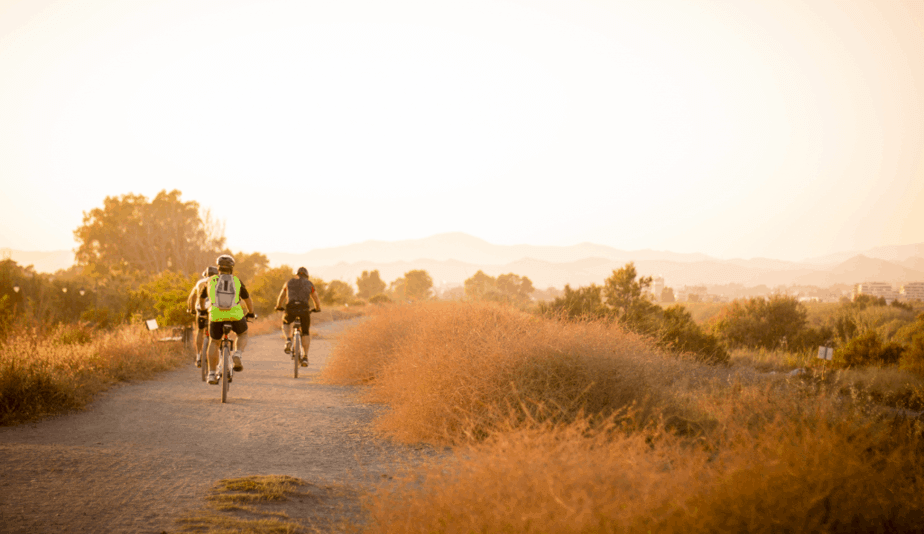 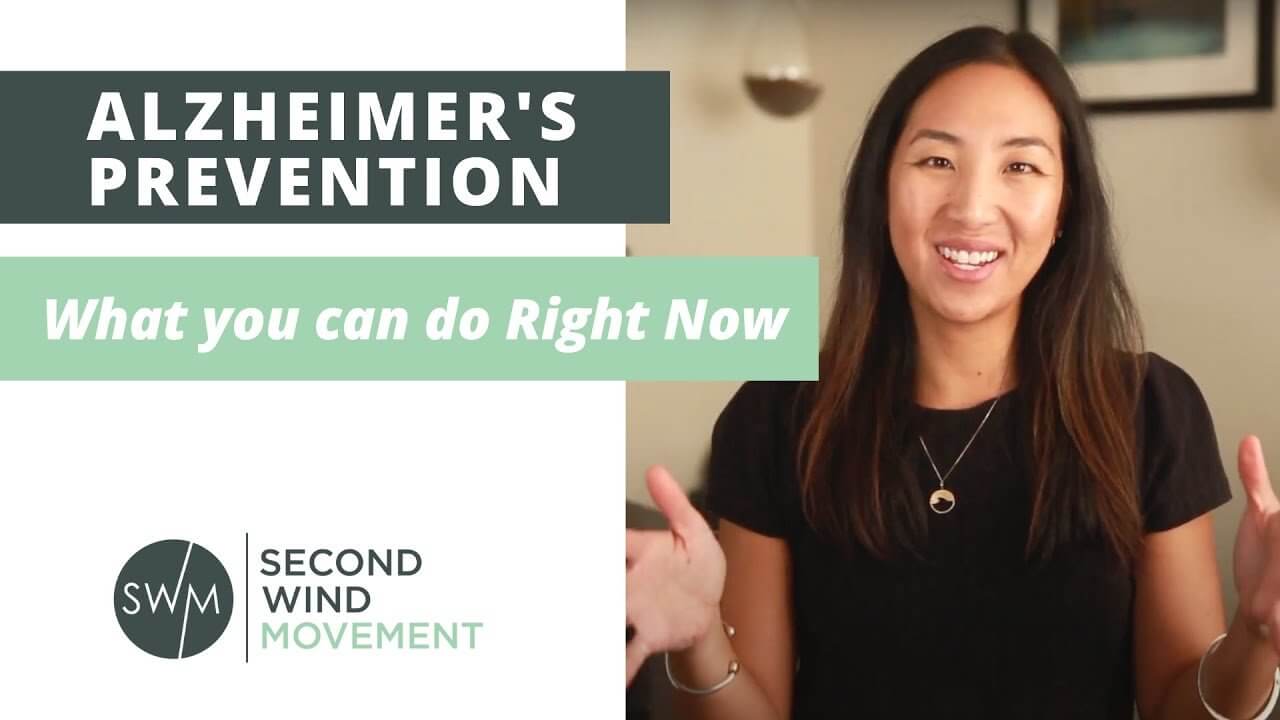 Before we dive into these 11 tips for Alzheimer’s prevention, check out these seven frightening stats:

It’s no wonder people fear losing their memory more than they fear death.

A MetLife Foundation survey found that: “Alzheimer’s disease is the second most feared disease among American adults, behind only cancer.”

Before moving onto the less scary more hopeful Alzheimer’s prevention action items that we can take, let’s briefly define Alzheimer’s disease for a better understanding.

What is Alzheimer’s Disease?

It’s a reduction of multiple neurotransmitters in specific areas of the brain. When we say there’s no cure, it means treatments don’t work well and doctors are only treating symptoms – when it’s too late.

Alzheimer’s has seven stages and it can be hard at work affecting your brain up to 15 years before symptoms actually appear, which is why taking preventative measures for Alzheimer’s disease is so important.

There are numerous factors that come into play when pinpointing what exactly causes Alzheimer’s, and the main contributors boil down to your:

Now that we know the factors that we can actually control and improve, we can focus on how to take preventative measures for Alzheimer’s disease related to our environment and lifestyle. I’ve outlined 11 Alzheimer’s prevention tips that you can start acting on today.

Having the growth mindset of an eternal student can help you experience major benefits in Alzheimer’s prevention. When you learn and experience something new and exciting you’ll not only build mental stimulation, but you’ll also boost your brain health.

The NIH ACTIVE study revealed to us that senior participants aged over 65 who received as little as 10 mental training sessions continue to show long-lasting improvements in cognitive functioning in daily activities 10 years later.

Just as you need to exercise your body’s other muscles, you also need to work out certain parts of your brain to strengthen cognitive mental muscles. Your prefrontal cortex (PFC) and posterior cingulate gyrus (PC) are key components for planning and organizing. The PC is one of the first areas to decline in function when memory loss hits.

In the same way that you awaken your brain’s prefrontal cortex in Mel Robbins’ 5-second rule (Life After Retirement Tip #5), apply this “brain awakening” concept to your activities of daily living. Here are some suggestions to activating your PFC:

Breaking up your daily routine to avoid living your life on autopilot can be crucial to your long-term brain health.

This is an obvious one for anyone concerned about their health and well-being. Regular and consistent exercise can reduce the risk of Alzheimer’s and vascular dementia. When you exercise you increase the blood and oxygen flowing to your brain, which is such a simple yet key factor to maintaining your overall health.

Gregory Panza, an exercise physiologist at Hartford Hospital, and his team, found in a study that out of 1,145 seniors who were at risk of Alzheimer’s disease, those who did only aerobic exercise had 3x better cognitive function than those who did a combo of both aerobic and muscle-strengthening exercises. Those who didn’t do any exercise at all actually experienced a slight cognitive decline.

The benefits of physical activity extend beyond just brain health. Start off slow, and just get moving…

Nutrition and brain health are like two peas in a pod.

The recommended Alzheimer’s prevention diet includes foods you would eat as if watching your heart. That means taking on heart-healthy eating habits like:

Two diets that have produced results for Alzheimer’s prevention are:

Bonus Tip: seriously, stay away from the sugar. There’s a major link between insulin resistance and memory loss.

A study from the Department of Neurology, University of Michigan found that:

You could go as far as saying Alzheimer’s Disease and insulin resistance of the brain is Type 3 Diabetes.

Piggy-backing off of the previous tip, watch your vascular health as a whole. This means watch your hypertension, blood sugar and blood pressure. Pay special attention to treating high cholesterol and diabetes, which also means watch your weight.

A study published in the journal Neurology found that obesity increases your risk of Alzheimer’s and negatively affects your brain, showing a correlation between vascular health and cognitive health. As many as 80% of people with Alzheimer’s disease also have cardiovascular disease.

Looking for easy tactics you can tackle today?

Cleveland Clinic recommends these 5 things to do daily to maintain your heart health:

There’s something very beneficial happening to your brain muscles when you’re socially engaged, active and stimulated.

Being social is healthy in several ways. It lowers your risk of cognitive decline, and can also mean having a strong support system and more meaningful relationships on your own terms – so long as you’re cautious of who you let into your circle of influence (see Life After Retirement Tip #15). If you surround yourself with the right circle of influence that aligns with your core values, you can enjoy like-minded friends who will propel you forward in reaching your goals. Plus, you’ll have people to count on for those tricky times when your health declines, or if you need rides to the doctor’s office, etc.

Not only can loneliness contribute to the decline of your brain activity, but it can also be a dramatically terrible thing for your overall health.

Experts warn: loneliness is deadlier than obesity and should be considered a public health risk.

What can you do to combat loneliness?

Are you an active person? This is great, according to tip #2… but be careful and avoid head trauma whenever wherever possible. There’s a strong connection between serious head trauma and future risk of Alzheimer’s.

Tip #7: Stay away from the cigarettes

If you’re still smoking cigs in your older age, make it a serious goal to quit smoking. This one may not seem like it’s in your control, but overcoming this addiction is indeed achievable and well worth it. Smoking curtails the circulation that your brain needs.

A study conducted at the Australian National University found that smokers aged over 65 had a nearly 80% higher risk of Alzheimer’s than the seniors who never smoked.

Compared with former smokers, current smokers in the study showed an increased risk of Alzheimer’s and an increased decline in cognitive abilities.

Tip #8: Slow down on the booze

There’s research that supports the daily glass of red wine is beneficial to your health – the components in grape skins protect your brain cells from the plaque-like nature of amyloid-beta and oxidative stress… but don’t overdo it.

Like most things, over-consumed, heavy alcohol intake can severely increase your risk of Alzheimer’s and speed up the brain aging process.

There are so many sleep studies that support the notion that a solid night’s rest is good for your mental and physical health.

Specifically for Alzheimer’s prevention, uninterrupted sleep can help you flush out brain toxins.

What kind of brain toxins?

There are sticky proteins that can clog your brain, called amyloid-beta, which I mentioned earlier in tip #3 and tip #9. These plaque-like levels of amyloid-beta increase when you interrupt the deep sleep needed for memory formation.

Alzheimer’s patients also suffer from symptoms of insomnia, which can cause a vicious cycle, so be proactive and make it a priority to get a solid 8 hours of nightly rest.

Tip #10: Kill the stress in your life

Easier said than done and a topic that deserve its own article… but I want to emphasize how chronic stress can lead to actually shrinking a key memory area in your brain and slow nerve cell growth.

Stress isn’t good for any part of your body, nor is it good for living out a fulfilling happy purposeful life… if that’s not enough to get you fired up to transform your life into a stress-free zone, then maybe decreasing your risk of Alzheimer’s disease will push you to take action.

There was a study done at the University of Pennsylvania that followed participants with early cognitive decline for eight weeks. The researchers found practicing Kirtan Kriya (KK), a yoga and meditation technique, actually reversed memory loss and reduced anxiety, which are two hallmarks of early Alzheimer’s disease.

Here’s an image that shows the brain’s prefrontal cortex and anterior cingulate gyrus grew in size after an eight-week 12-minute daily program of KK:

Of course, nothing is guaranteed to fully safeguard against Alzheimer’s. The disease will touch who it plans to touch. We’ll likely either experience the disease ourselves or be a caretaker of someone who has it.

What we can do is be ready for it, by taking preventative measures for Alzheimer’s disease and being completely cognizant and self-aware of the lifestyle decisions in our control, so we can start regenerating neural pathways.

If you haven’t already, it’s time to take this issue seriously into your own hands and do some preemptive patient-hacking before becoming a full-blown AD patient. Like most things that give you real results, the magic doesn’t happen overnight and will require a true lifestyle commitment.

I hope these 11 achievable Alzheimer’s prevention tips will help you or a loved one take incremental steps that will help your long-term health.

Which one of these Alzheimer’s prevention tips will you conquer today and make a part of your daily living?

To learn more about the aging brain, check out our comprehensive guide. Inside, you’ll find information on how to protect your brain health, exercises to keep your mind sharp, and tips for staying mentally active as you age. 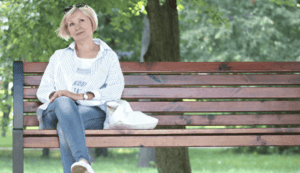 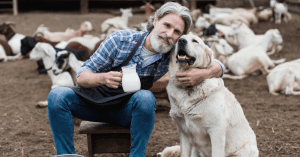 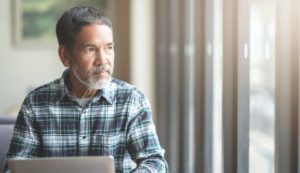 Normal Aging vs Dementia: Signs and How to Tell the Difference